It’s been three years since I last did one of these (link), so when Bridget Crawford updated the Law Prof twitter census (link) I thought I’d re-map the twittersphere to see what’s changed, what’s remained the same and to provide a few minutes of self-indulgent navel-gazing for the law prof commentariat. Everything below is subject to the caveat that the census is imperfect and definitely incomplete.

In total there are 1,793,401 total unique twitter users who follow law profs. Within the law prof network there are 1026 profs, 71,778 following relations amongst them, and the network separates pretty well into 6 communities (which invites speculation as to their meaning).

You can see a visualization of the network below, and if you click through the image you should be taken to an interactive version. As an added feature, I’ve added a link to the user’s profile as a node attribute this time. So, if you click on a node on the right side panel there should be a link to their twitter profile. This is particularly useful for following those “close” to you in the network that you don’t yet follow. 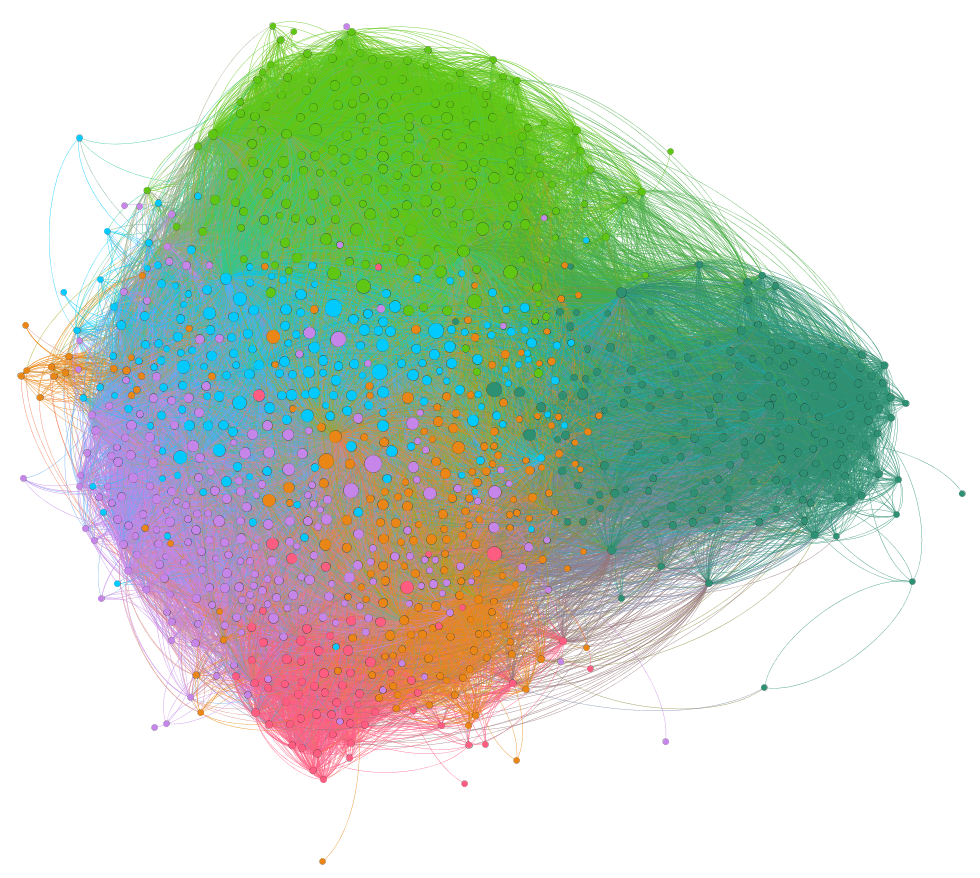 You’ll note there are fewer nodes in this network than are represented in the census spreadsheet. An informal examination of the errors encountered when querying the twitter API and visualizing suggests there are five reasons for a prof in the census not showing up in the twitter map: 1) they neither follow nor are followed by any other law profs; 2) their account is private; 3) they’ve changed their handle or there’s a typo in the spreadsheet; 4) they’ve been suspended from twitter; or 5) they’ve deleted their account. If you’re in category 3, you can go and update your info on the census. I might get around to updating this at some point.

Top 20 Schools by follower sums of their law profs: 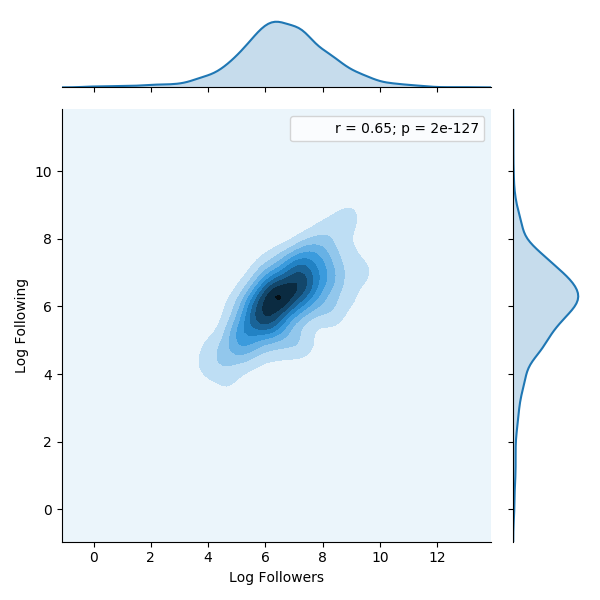 Finally, there has been quite a bit of discussion within the law prof twittersphere recently about gender, citations, and social media. To help further this discussion in a way that is supported by some data, I’ve assembled a simple spreadsheet tracking law prof twitter users, their number of tweets, followers/following relations, number of twitter lists they appear in, and gender. Note that I identified gender using a very simple (and thus stupid and error-prone) way. Essentially, I just matched first names to a census name dataset. If there was no match or an ambiguous match it’s just listed as ‘undetermined.’ I apologize if this resulted in a mis-identification for you. If this is the case, feel free to email me and I’ll update the file accordingly. You can find the file HERE.